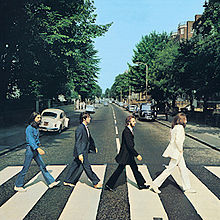 The salience bias is when people focus on information which is more readily available to them. A great example of this in the music industry is the order in which songs appear on albums. Back in the 1960’s the most common way for people to listen to music was on vinyl records. An important feature about vinyl is that you can’t skip to the song you want on the album the way you can with music streaming. This meant that people would generally listen to albums from start to finish.

As a result of this albums tended to adopt a “best foot forward” approach when it came to the order in which songs appeared on the album. Just take a look at the Beatles 1969 album Abbey Road for instance. There were two number one singles on this album (Come Together and Something) and they both appear as the first two tracks on the album. 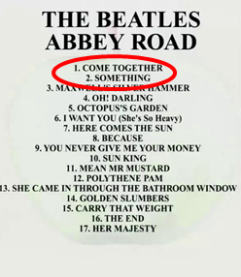 The same can be said for all of Led Zeppelin’s albums where their singles appeared first on the track listing. The reason for this is that when people sat down to listen to an album the best songs would come on first and people wouldn’t turn off the album because they were enjoying it. This meant that people were more likely to listen to other songs on the album and spread the word to their friends so they would buy the album as well.

However, nowadays with music streaming apps like Spotify people can just skip and select the songs they want. This means that there isn’t much emphasis given towards the ordering of the song. Just look at the track listing for George Ezra’s most recent album Staying at Tamara’s. 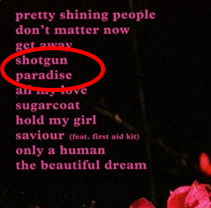 The two most popular songs off of the album don’t appear until the fourth and fifth track. This effect that streaming has had on the music industry has been debated by many, some say because the track listing is now not used as a marketing tool artists are free to order the tracks in the way they want, others say that it has shifted the importance from albums to singles and created a music industry where people don’t even listen to full albums anymore.

Personally I think it doesn’t make too much of a difference, people are still free to listen to albums from start to finish if they wish to do so. What can be said is that the importance of track listing as a marketing tool within the music industry has diminished.