Economists are forever using graphs to try and illustrate concepts visually. The most famous example of this is probably the supply & demand graph, but graphs can be used to illustrate pretty much anything. This blog has posted many entries explaining various concepts in economics but hasn’t yet utilised a graph. Even though graphs aren’t really a concept in economics, they are still a very prominent site within the field. So for this entry I will use a graph to measure the quality, and level of success a song has, in doing this I will be able to identify songs which are of good quality, but not that commercially successful. Allowing me to compose a list of underrated songs in society which people should listen to.

The Y axis of this graph which moves upwards measures the commercial success of a song. The X axis which moves across the page measures the quality of the song. So songs which fit into the top right hand corner of the graph are ones which have received a lot of commercial success and are very high quality compositions. The perfect example for this is Queen’s epic rock opera song Bohemian Rhapsody. The song is incredibly successful commercially and also an incredible piece of music.

Songs which fit in the top left hand corner are songs which have been commercially successful, but aren’t exactly classic compositions. No disrespect to Psy but, Gangnam Style seems to fit into this bracket. Fair enough it’s catchy and somewhat comical but it’s hardly Beethoven’s 5th.

Songs which are high in quality but never really reached the heights when it came to commercial success. Here is the list of songs which I think fit into this category. 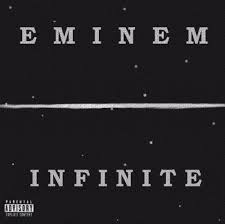 Released as the title track on Eminem’s 1996 mix-tape debut, Infinite is one of the rapper’s finest songs. The song is surprisingly relaxed and calming for an Eminem song and this is probably due to the rapper intentionally making the song radio friendly in the hopes it would receive airplay and kick start his career. Despite the quality of the song Eminem stated in his biography that the single may have sold only 70 copies. Although I’m guessing this number has increased somewhat by now with digital file sharing. 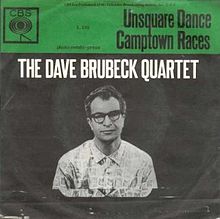 Released on Dave Brubeck’s 1961 album Time Further Out, Unsquare Dance peaked at just No. 93 on the U.S. Cash Box chart on December 16, 1961. Although it was more successful in the UK getting into the top 20 singles chart in 1962. While the song isn’t as commercially successful or iconic as some of Brubeck’s songs like Take Five it is still a very well-crafted song and one that will definitely stay stuck in your head.

Released in 2009 as the opening track to The XX’s debut album xx, Intro is a 2 minute trippy and almost mildly psychedelic instrumental which you will definitely think “oh this is the soundtrack from that movie” to. The song is quite a pleasant and hypnotic listen but only managed to peak at number 129 in the official UK singles chart.

This song is undoubtedly known as the soundtrack to the channel 4 comedy show The Inbetweeners which uses the instrumental to this track for the opening minutes to the show. Despite the popularity of the show the song only ever managed to get as high as number 39 in the UK singles chart back in 2005. Which is a shame because the songs electric guitar and piano utilising rock sound is a treat. The narratives within the song are also very powerful. Morning Runner’s lead singer, Matthew Greener, says that each verse is a story of a specific character (a gambler, a mourner, and a possessive consumer). All and all it seems a shame that such a good song’s only claim to fame is its inclusion on a TV series and in the Fifa 07 video game. 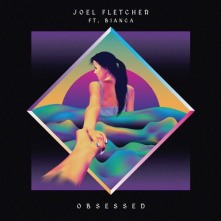 Joel Fletcher is an Australian DJ probably best known for his 2013 remix of Kiwi rapper Savage’s 2005 single Swing, but his 2016 song Obsessed didn’t receive the success that was hoped for it. The song has just under 130,000 views on YouTube and didn’t manage to peak in the Australian charts in spite of its soft RnB vocal delivery and hard hitting EDM style instrumental.Song selection credit: Geoff O’Rourke 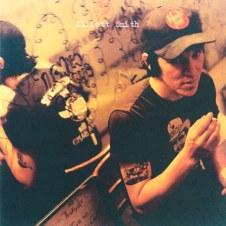 The final entry on this list is not just dedicated to one of the most underrated songs ever; but also one the most underrated songwriters ever. Very few people have ever even heard of Elliott Smith before not to mind heard this song. The American singer-songwriter had a brief stint with stardom when several songs from his 1997 album Either/Or were used in the movie Good Will Hunting and he received an Oscar nomination. Despite the film becoming a cult classic, the music used in it has become somewhat forgotten about.

Elliott Smith’s 1997 album Either/Or is littered with delicately composed songs, and while songs from it like Between the bars and Rose Parade were close contenders to gain spots on this list, it’s the albums final and uncharacteristically optimistic song Say Yes which edges them for the win. The song is simply a brilliant! An acoustic love song which somehow never even managed to chart in the American singles chart. If you want to treat yourself to one musical surprise this year take a look at the music from this incredibly underrated songwriter who unfortunately passed away in October of 2003.