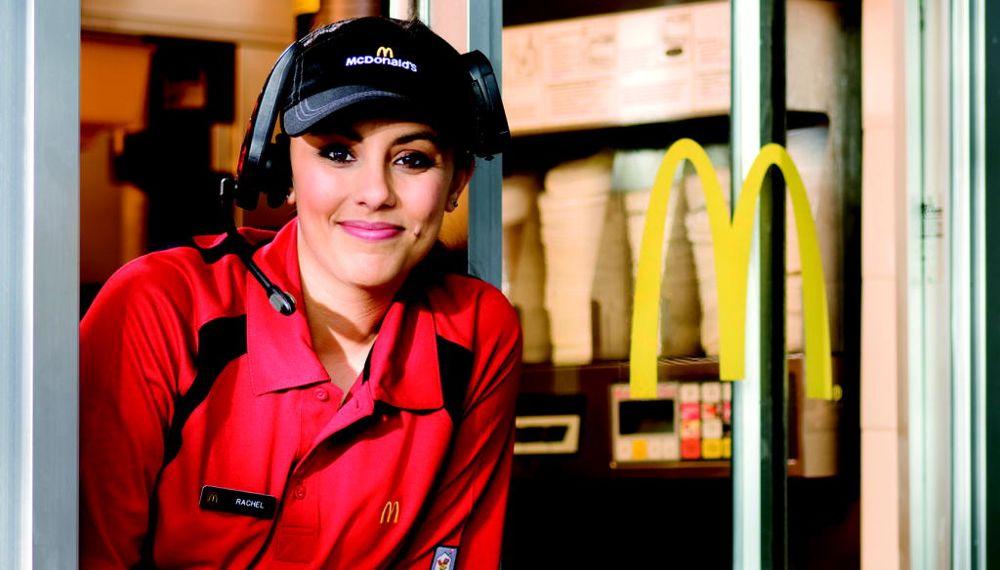 During my time as an undergraduate and post-graduate student, I worked in McDonald’s. While I won’t say that I miss the job, I will say that it served me well. The low wage I received was sufficient enough to get me through the weeks in college.

This year I am lecturing a macroeconomics module where I have to discuss wages and how they are determined in the economy. So in preparation for this I thought it would be a good idea to prepare a post regarding wages.

When thinking about wages in the labour market we think about them from a demand side. In the labour market firms demand labour and individuals supply it. The demand curve for labour in the economy is downward sloping and can be seen graphically below.

The two factors which are of concern here are wages and the supply of labour. The way to use this model is relatively straight forward. You find out the level of labour supply for a specific job and draw a line straight up until it meets the demand curve and then draw a line across to see how high or low the corresponding wage for that job is.

As can be seen above, the wages for a McDonald’s employee are low as a result of the high supply of labour for that type of work. However, if we took a job like being a rock star in the Foo Fighters we would find the opposite result. 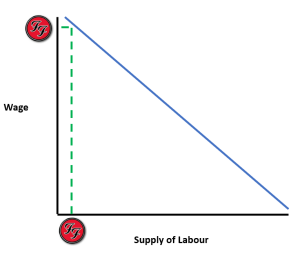 As a result of this, there is a very low supply of labour in this field. Plenty of people are willing to do the job, but very few are capable of doing it. This means that rock stars get to demand very high wages because they are a part of a select group of individuals capable of supplying that type of labour.