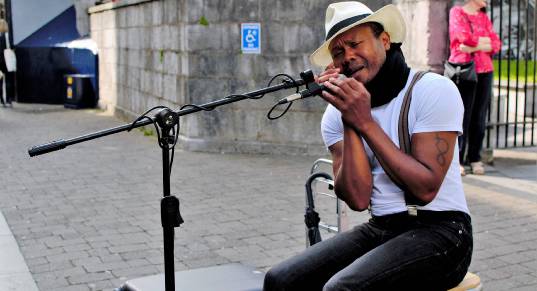 I recently wrote a piece for RTE’s Brainstorm regarding the new social welfare scheme for self-employed artists in Ireland which can be seen here. The article is essentially a critique of the new scheme which pays self employed artists like musicians the same rate as the job-seekers allowance available to unemployed citizens in Ireland. The full-length of my argument can be seen in my brainstorm above so I will just summarize my main points here briefly.

The reason this might be an issue is I would imagine that the majority of people on this new scheme were probably already trying to become artists while on the jobseeker’s allowance. So this scheme doesn’t really encourage individuals to pursue an artistic career, it just incentives individuals who are already trying to pursue an artistic career to sign up to a different, but nearly identical social welfare payment. So, the Irish government are not really increasing the number of artists in Ireland, they’re just changing the name of the social welfare payments they’re on.

An eligibility requirement of the scheme is that individuals must also be able to prove that 50% of their income comes from their work as an artist. Meaning this scheme is obviously only intended for people who are already trying to become artists – and therefore couldn’t be encouraging anyone who isn’t already an artist to become an artist.

If the government really wants to increase the number of self-employed artists in Ireland, it would be more prudent for them to start investing in the performing arts and music at a grassroots level by providing schools and youth organisations with the capital and finances to establish a network for the performing arts in Ireland. This will help the development of young aspiring artists on their journey from amateur to professional and it will create a more developed performing arts sector for current self-employed artists as well. In short, if you want more artists, you need to convince the people who are not already artists to become artists.